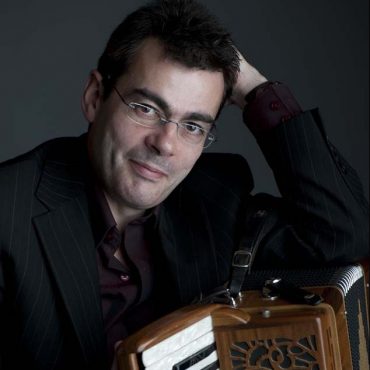 Described by New York’s Irish Voice as ‘in league with the best piano accordionists in the world’, Alan Kelly is regarded as one of Ireland’s most accomplished musicians in any genre. He is a piano accordionist, composer and arranger, utterly at home in his own skin. Though Alan hails from the rich traditional musical landscape of Roscommon, in the west of Ireland, variety in repertoire is one of his hallmarks. Alan is truly one of the busiest performers on the traditional and folk music scene, touring and recording with artists such as: Eddi Reader, Matt Molloy, Sean Keane, De Dannan, Lúnasa, and many more. A genuine musician, Alan’s playful, experimental approach to music has been described as magical, joyous and uplifting… always performed with flair and taste. Alan doesn’t just play the accordion, he celebrates it in a way that draws you into the passion he puts into the music he plays.

To date, he has released three critically acclaimed solo albums: Out of The Blue (1997), Mosaic (2000) and After the Morning (2009) which was named as one of the ‘top ten musical highs of 2009’ by the Irish Times who gave it a coveted 5 star review and described it as a ‘humdinger of a collection’. He has also released a critically acclaimed duet album with his brother John, Fourmilehouse (2003) and his more recent Alan Kelly Gang releases, Small Towns and Famous Nights (2011) and The Last Bell (2014). His website is http://alankellygang.ie/. 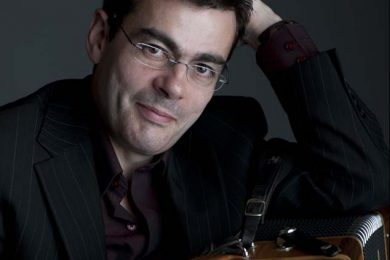