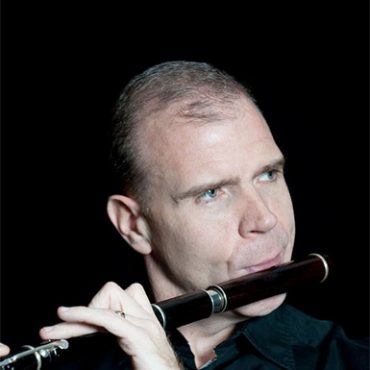 Born in Birmingham, England to parents from Miltown Malbay, Co Clare, Kevin Crawford’s early life was sound-tracked by the resonance of the lively traditional music scene in the midlands city.

Moving to Co. Clare in 1989, he soon became a pivotal member of the effervescent session trail in the Banner county (Co Clare) before enhancing his burgeoning reputation in the group Grianán and the trio Raise the Rafters. He then propelled himself to international recognition with Moving Cloud, with whom he recorded Moving Cloud in 1995 and Foxglove in 1998. Kevin joined Lúnasa in January 1997 for a tour of Australia and has been ever-present in the group since. To date, the instrumental quintet have eight albums to their credit while Kevin has released two solo records, ‘D’ Flute Album (1994) and In Good Company (2001). He joined fellow band member, piper Cillian Vallelly for a critically acclaimed duet album, On Common Ground, in 2009. The innovative flute player has appeared as a guest on several albums, including singer Seán Tyrrell’s Cry of a Dreamer (1994) accordionist Joe Derrane’s The Tie That Binds (1998). and American singer-songwriter Natalie Merchant’s 2010 release, Leave Your Sleep.

A year earlier along with his four fellow members of Lúnasa, he performed on The Leitrim Equation. One of Kevin’s latest side-projects is the formation of a new super-trio, The Teetotallers alongside John Doyle and fiddler Martin Hayes. 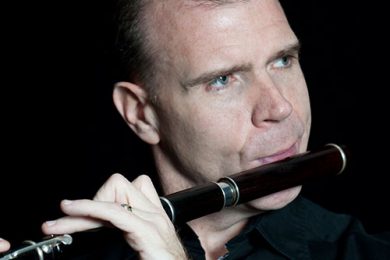