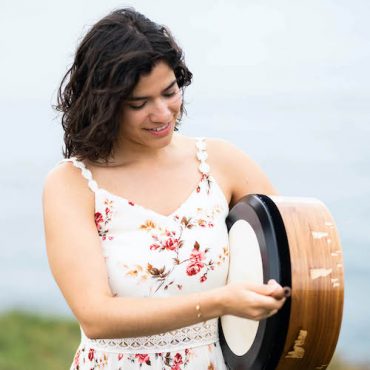 Nicolle Fig was born in Mexico City. Years later, she moved to Texas and then Ireland, where she developed a passion for Irish culture, its music, and its people. Nicolle specialises in bodhrán and traditional singing. She is an in-demand teacher. Her success is reflected by her large following on YouTube, where she has developed a strong professional reputation as a welcoming and skillful teacher. Her distinctive, lyrical style of playing has made her a highly sought-after musician and accompanist, both at home and abroad. Nicolle attended the University of Limerick, where she studied under renowned masters of music. She graduated with Honours in 2016 and later in 2020 and earned both a BA and an MA in Irish Tradition Music Performance. Nicolle had the honour of representing Ireland at the World Expo in Dubai 2020. 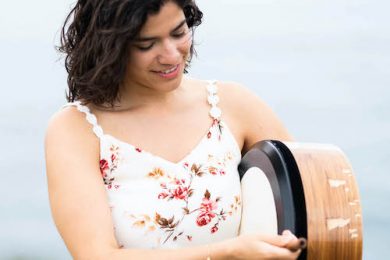