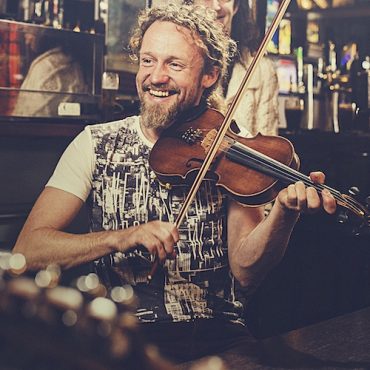 Tola Custy comes from Toonagh in County Clare. His father, Frank was the local primary school teacher and also inspired many people to play traditional music. Names such as James Cullinane, Siobhan Peoples, Sharon Shannon, as well as Tola himself all owe their musical beginnings to him. Thus music has been a friend to Tola since he was able to walk.

Tola first cut his teeth by making the album “Setting Free” with bouzouki player Cyril O’Donoghue in 1993. He then teamed up with the Moynihan Family from County Cork and , along with bouzouki player Pat Marsh, formed the group “Calico”. Next came a live recording with “ The Bowhouse Quintet”. A musical partnership with Piano accordion player Mirella Murray soon formed and the album “ Three Sunsets” was made. Later Tola made various musical collaborations with Piano accordionist Alan Kelly and his brother John. Many albums and concerts followed. Lately he has been working and touring with the group “Guidewires” taking his musical influences to Greece, Macedonia and Bulgaria. He has, on occasions, had the opportunity to share stages with people such as Heidi Talbot, Donogh Hennessy, the group Gráda, Arty McGlynn, Blazing Bows and Edi Reader.

Tola has also been a Primary teacher for many years and enjoys the process of sharing and developing the process of music in both children and adults. For him music should be personal, practical and malleable! 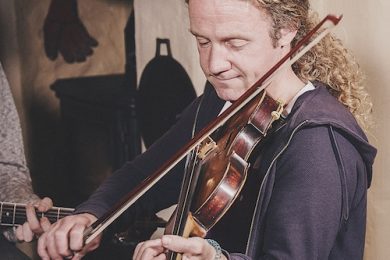