Step by Step: Teach Yourself to Play Concertina

Learn how to play the Concertina with our easy online lessons! 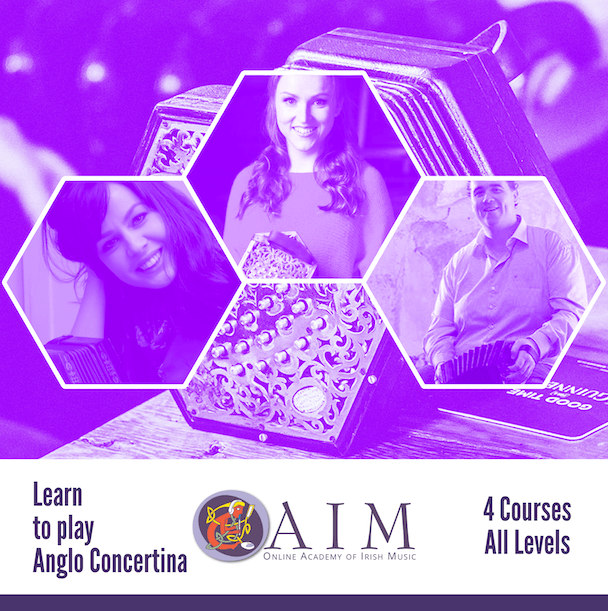 County Clare, home to OAIM, is renowned for its tradition of concertina playing. At one stage in the mid 1900’s, it was said that ‘almost every house [in Co. Clare] had a concertina’. (Tony Engle: Topic Records). Generations of players inspired later generations, who evolved and advanced the technical abilities of both players and the instruments.

Two of our concertina tutors are from Co. Clare: Edel Fox and Liam O’Brien. Both are revered exponents of traditional Irish concertina playing. We also have Caroline Keane, who was nominated for Folk Instrumentalist of The Year 2020 in the Irish Folk Awards. You couldn’t have better teachers to help you learn this amazing instrument!

Scroll down to see our amazing range of Concertina courses.

What is the difference between Anglo (Anglo-German) and English concertinas?

What type of concertina should I buy to play Irish music?

For Irish music, the most commonly used concertina is a C/G Anglo concertina.

How many buttons should the concertina have?

What brand of concertinas are best for a beginner?

Good beginner concertinas include brands such as Stagi, Bastari, Wren, Honer and some other unbranded models.

What is the price range for a beginner or intermediate concertina?

Where should I purchase a concertina?

You can purchase a concertina from a music shop, a maker, a dealer or second hand. Intermediate and advanced concertinas tend to hold their value while beginner instruments depreciate in value initially, but a secondhand or even thirdhand instrument is often fine for starting on if it’s in good condition.

What is the difference between a concertina with concertina reeds and one with accordion reeds?

Accordion reeded instruments are cheaper but the instrument will sound like an accordion rather than a concertina.

What is the difference between wooden and metal ended concertinas?

How should I hold my concertina?

When initially holding your concertina, put your two hands in the straps and make sure they’re nice and tight – not cutting off your circulation tight, just so that the instrument feels like an extension of your arm. Sitting on a chair with a straight back and feet firmly on the ground, thighs parallel to the floor, hold the instrument out directly in front of you, lower the instrument onto your two knees, then tilt the concertina slightly so that the left wooden end of the instrument sits behind the kneecap of your left leg – the squishy bit. This is where your concertina will be anchored, the other side does all the movement. This technique achieves good posture and ensures that you don’t damage your concertina.

I have a pain when I practice, what should I do?

Something is wrong here. Most likely your posture. If you experience pain anywhere when practising, stop immediately. Make sure your body is physically relaxed while practising, breathe LOADS. Try to avoid sudden jolts when playing, move smoothly and slowly when pressing buttons and changing bellows direction.

Should I learn scales?

Scales are excellent for developing proficiency on any instrument.

I know I should practice but I don’t know what to practice.

A good idea is to divide up your practice into three segments giving a certain amount of time to each eg. A forty-minute practice slot could be divided into 10, 20 and 10-minute segments.
10 min (a piece of technique such as a new ornament or a scale)
20 min (a new tune you are working on)
10 min (some tunes you can play with a degree of proficiency, ones which you enjoy playing)

This approach will enable you to spend some time actively improving your technique and your repertoire but also remembering to have fun, as they say, “All work and no play makes Jack a dull boy”.

What are the advantages of online learning vs pottering away by yourself?

Apart from providing guidance on concertina technique and offering insight into the culture of the music, online lessons offer goal-centred learning. Learning tune by tune until you build up a significant repertoire is very satisfying and keeps learning challenging and fun. Learning as part of a community allows you to share your successes with others of a similar standard and interests. Ploughing away on your own, you can very often get bogged down in technicalities. With online learning, you can also take things at your own pace while remaining motivated, disciplined and inspired.

What is the advantage of learning by ear?

Learning by ear is the most natural way to learn music. Although it can be challenging at the very start. It’s possible for everyone with a little practice and it’s totally worth it. It makes sense that you should learn music through your ears rather than your eyes right? Your eventual aim is to be able to sit down, listen to a tune and after a while, you’ll be able to playback the tune regardless of whether you’re sitting in front of your CD player or in a session.

Is there anything I should make sure not to do when playing concertina?

Don’t move your fingers up and down the buttons like you would with an accordion. Keep the fingers centred on the first three notes in the middle row on each side (the home keys) – just like when you’re typing on a computer.

Most of the tunes I play are in G and D. Why don’t I just buy a G/D Concertina?

In the concertina world, C/G instrument is considered to be the standard. The three rows on a C/G instrument will allow you to play in every key within a wide range by cross fingering. Almost every player plays concert pitch music on a C/G instrument. If you buy an instrument in any other key and attempt to learn Irish repertoire in the standard keys you may succeed but your journey will be much longer and more laborious than it need be. You won’t have the same access to teachers, tutorial manuals or any other learning aids. Also, choosing an instrument in a different key will move notes commonly used in Irish music from the middle of your instrument (top section of buttons on the left and right) to the bottom section of buttons (which are difficult to reach as they fall under your baby fingers rather than your first, second and third fingers). It gets rather confusing at this point… just don’t do it!

What is the difference between an accordion, concertina and squeezebox?

An accordion and a concertina are different instruments. An accordion is generally bigger than a concertina, it is rectangular and has melody on one side and basses or chords on the other. There are many different types of accordions. A concertina is smaller, has hexagonal ends and has only melody buttons on each side. A squeezebox isn’t actually an instrument. It’s a colloquial name for any instrument with bellows and buttons.

What’s the difference between the two sides of the concertina?

In terms of layout of the three row C/G concertina, there is an inside row, a middle row and an outside row. The middle row is C, the inside row is G and the outside row which was added at a later date contains all the accidental notes which don’t occur in the keys of C or G. The rows can be imagined a little like three harmonicas sitting beside each other. Generally speaking, playing push, pull from the bottom left upwards towards the bottom right of the instrument will give you ascending notes.

I can play slowly but I want to be able to play fast, what am I doing wrong?

Short answer, you’re not doing anything wrong from the point of view of technique. You’re just trying to run before you can walk. Try not to aim for speed, aim for beautiful mellow playing with good technique. Your music will gradually increase in speed as you become more capable on your instrument. Trying to play faster than you are able can develop bad habits which you will end up trying to undo later on.

Try it for free, Cancel anytime 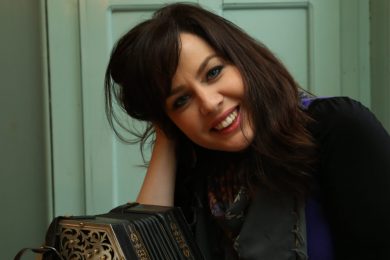 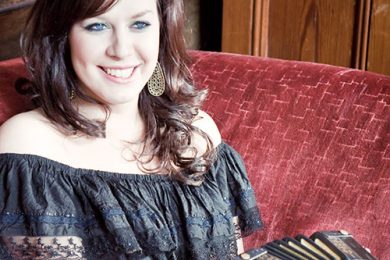 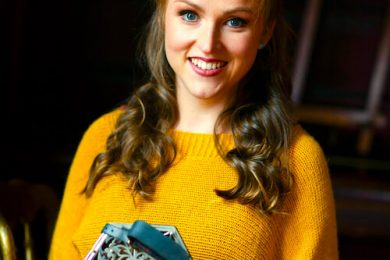 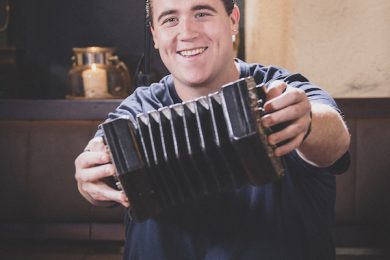