Dr Niall Keegan was born in the south east of England and began playing Irish traditional flute at an early age amongst the community of first and second generation musicians in and around London. In 1990 Niall began studying under Dr. Mícheál Ó’ Súilleabháin for a Masters degree which he completed in 1992 with the submission of a thesis entitled The Words of Traditional Flute Style. He is course director of the new Traditional Irish Music performance masters at the Irish World Academy of Music and Dance, University of Limerick and also teaches on the ethno-musicology program there. He has given occasional lectures and taught instrumental classes at the Music Department of University College, Cork and University College, Galway, Sibelius Academy, Dublin Institute of Technology, Newcastle University, Royal Scottish Academy of Music and Drama among others. Since moving to Ireland, Niall has performed extensively throughout the country and abroad in a variety of contexts and venues, including the Royal Albert Hall, Barbican, Project Arts Centre in Dublin, the University of Limerick Concert Hall, The National Concert Hall in Dublin, The Waterfront Hall in Belfast and the Galway Arts Centre. In 1992 he was invited to record at the Traditional Music Archive in Dublin with the bodhran player and percussionist Mel Mercier. Niall has performed Mícheál Ó’ Súilleabháin’s concerto for flute and chamber orchestra, Oilean on several occasions in Ireland and Britain and as part of the jazz/trad fusion group Hiberno Jazz. He is featured on both the recording of the 1994 Eigse na Laoi, Across the Water and the television series A River of Sound made by Hummingbird Productions. Niall also features on the Realworld CD The Gathering. Niall’s solo recording, Don’t Touch the Elk, was released in June 1999 on his own independent label. 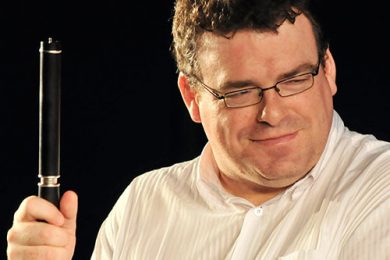